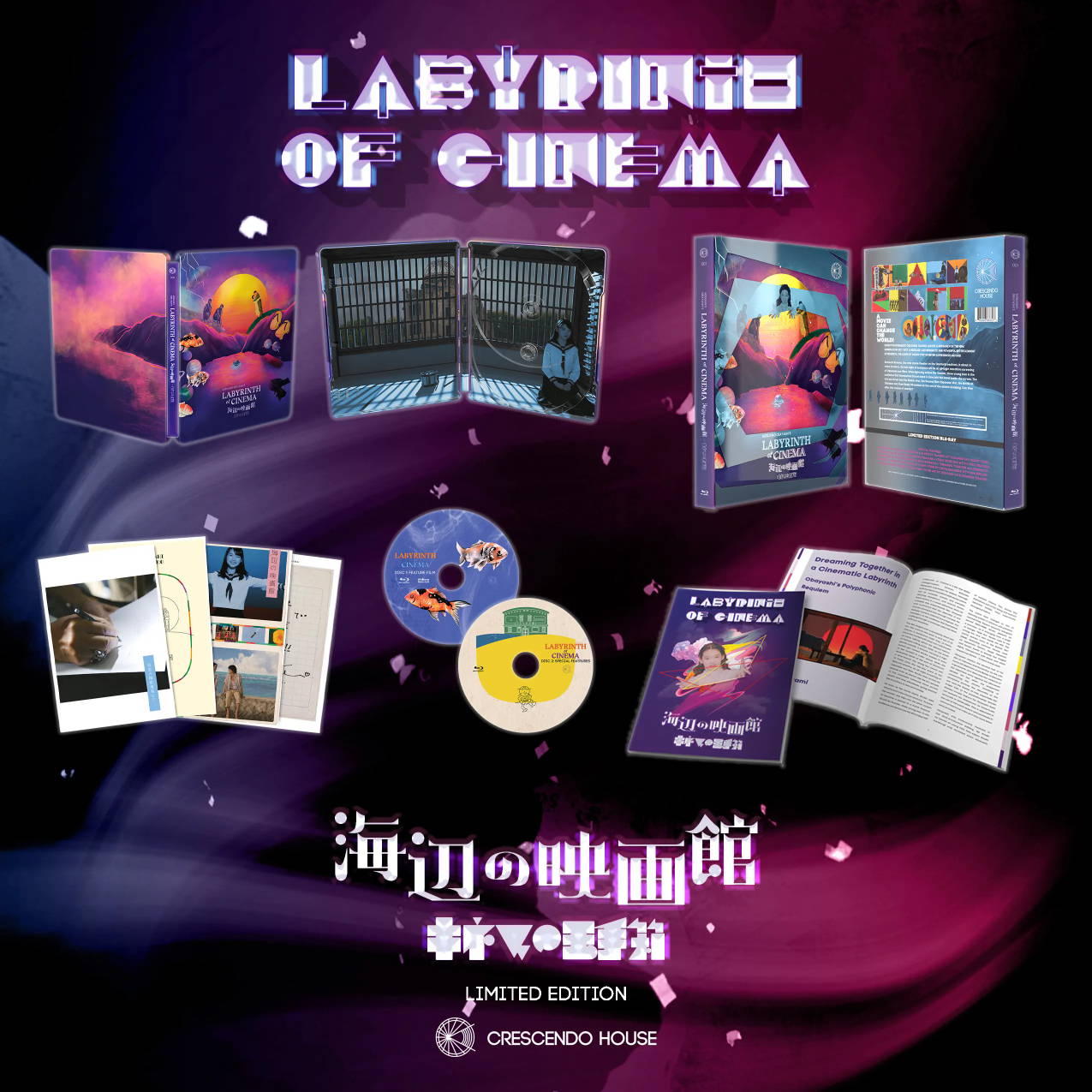 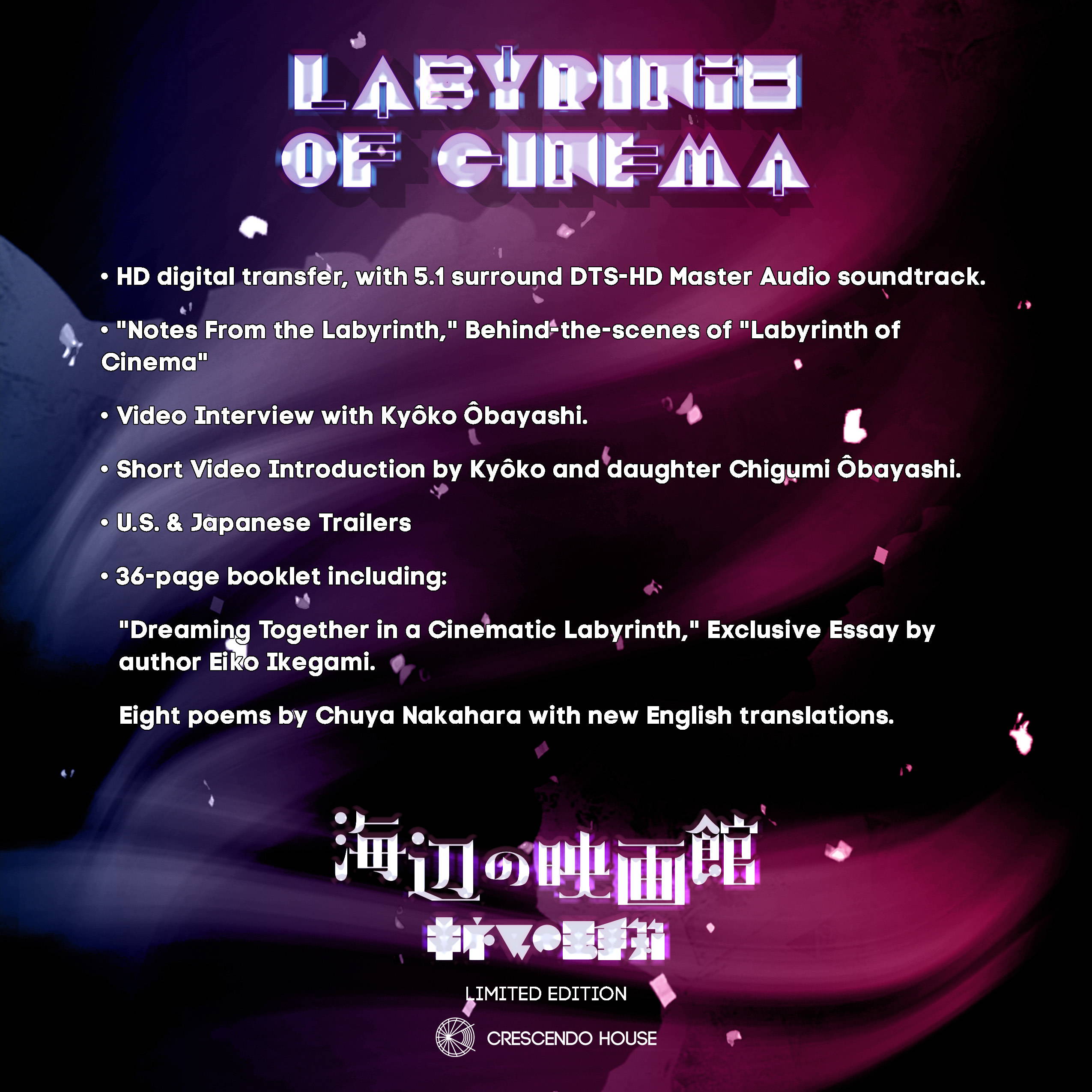 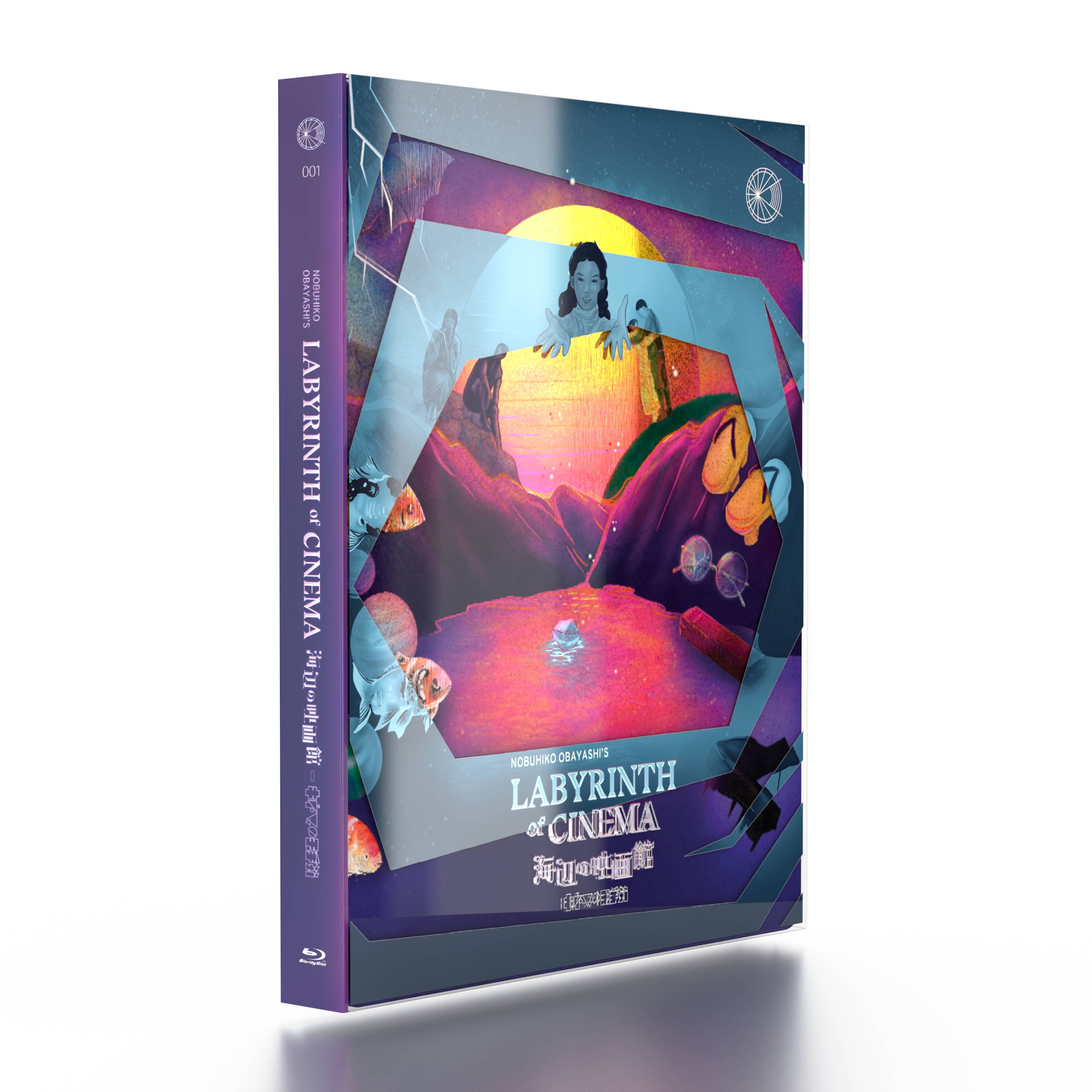 It’s a big day for us at Crescendo House! Our work on the home video release for our first title, Nobuhiko Obayashi’s Labyrinth of Cinema, is finally complete. We are excited to announce that pre-orders have begun and hope that the art and special features impress! You can pre-order the title in our shop here!

I wanted to talk a little bit about this release – it goes without saying that as our first title, the film is inextricably linked to the formation of the company itself, but it is also so much more than that.
We started the company earlier this year as a reaction to a lot of the shittier things happening around the world. We almost acquired three other titles prior to finding out that Labyrinth had yet to receive distribution, despite coming out nearly 2 years prior. It was a disappointing realization but also quite serendipitous! After months of us trying to convey our point of view – a core belief that many international films could have a market appeal and a real effect on the everyday lives of people greater than the value larger companies have put on them – we had found a modern-day masterpiece that not only shared in our ideals but embodied them through and through.
Obayashi really checked our cynicism and put it into perspective. I still find it baffling to think that somebody like him - who had never really had his day in the sun, confronted with a set number of months left to live, at the age of 82…, etc – would toil his final moments to put together this hope-inspiring and optimistic final testament to the world. Seriously – the amount of talent and genuine belief this man had for the rest of the world is such a standard to live up to – the film starts with this opening narration about how they “made this movie for world peace” and by the end, after all the charm and chaos and sincerity, that ideal no matter how paradoxically obvious and Utopian, feels within reach. (If you’re a politician shoot us a message, we’ll send you the movie for free.)

Extremely happy with how it turned out and grateful to everyone who's helped along the way. We've spent the past few months working with the Obayashi estate to best creatively represent the landmark film and its director's unique style in an effort to bring his mad genius to American audiences, and we hope that it was worth the wait.

The Team at Crescendo House