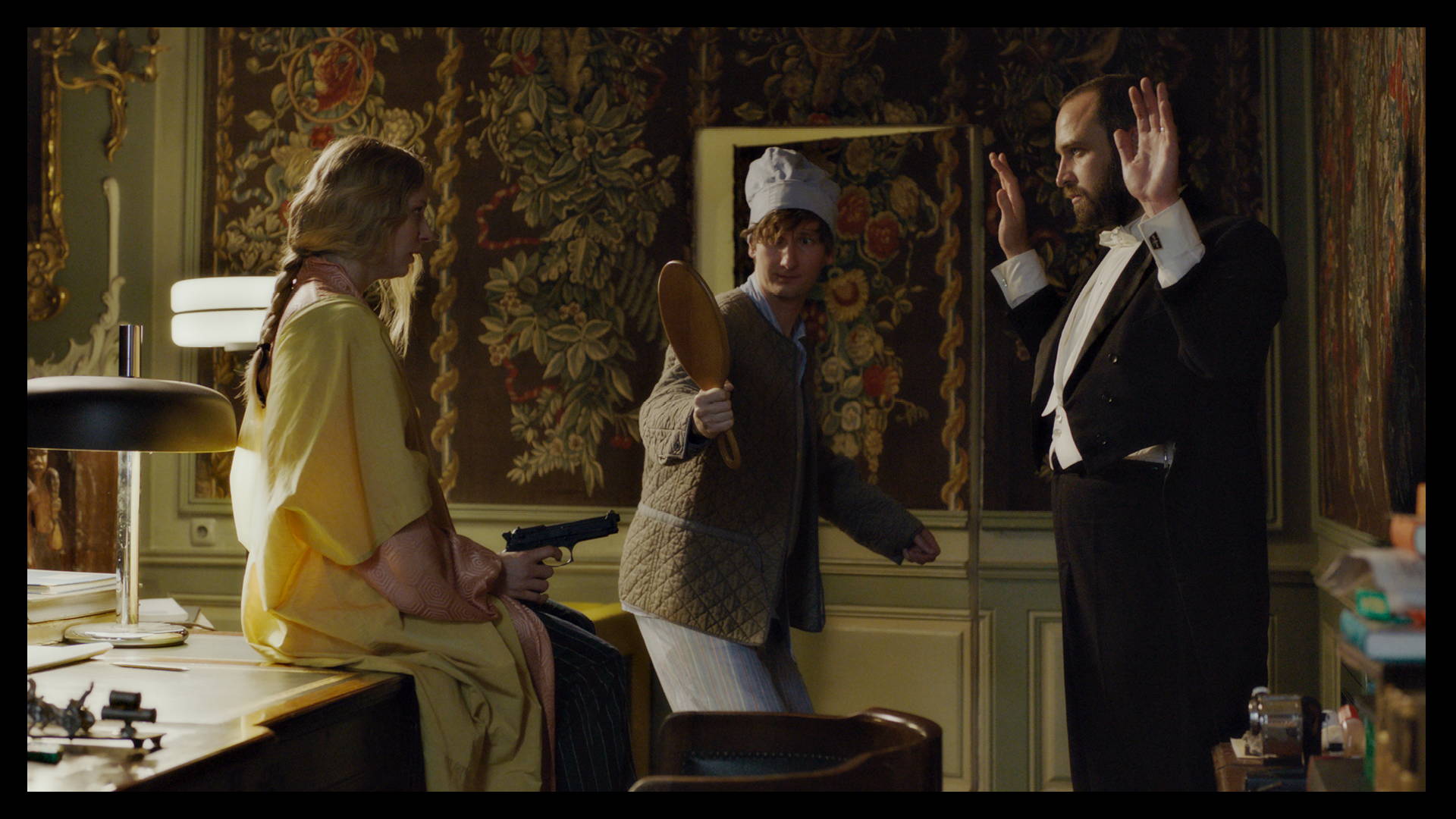 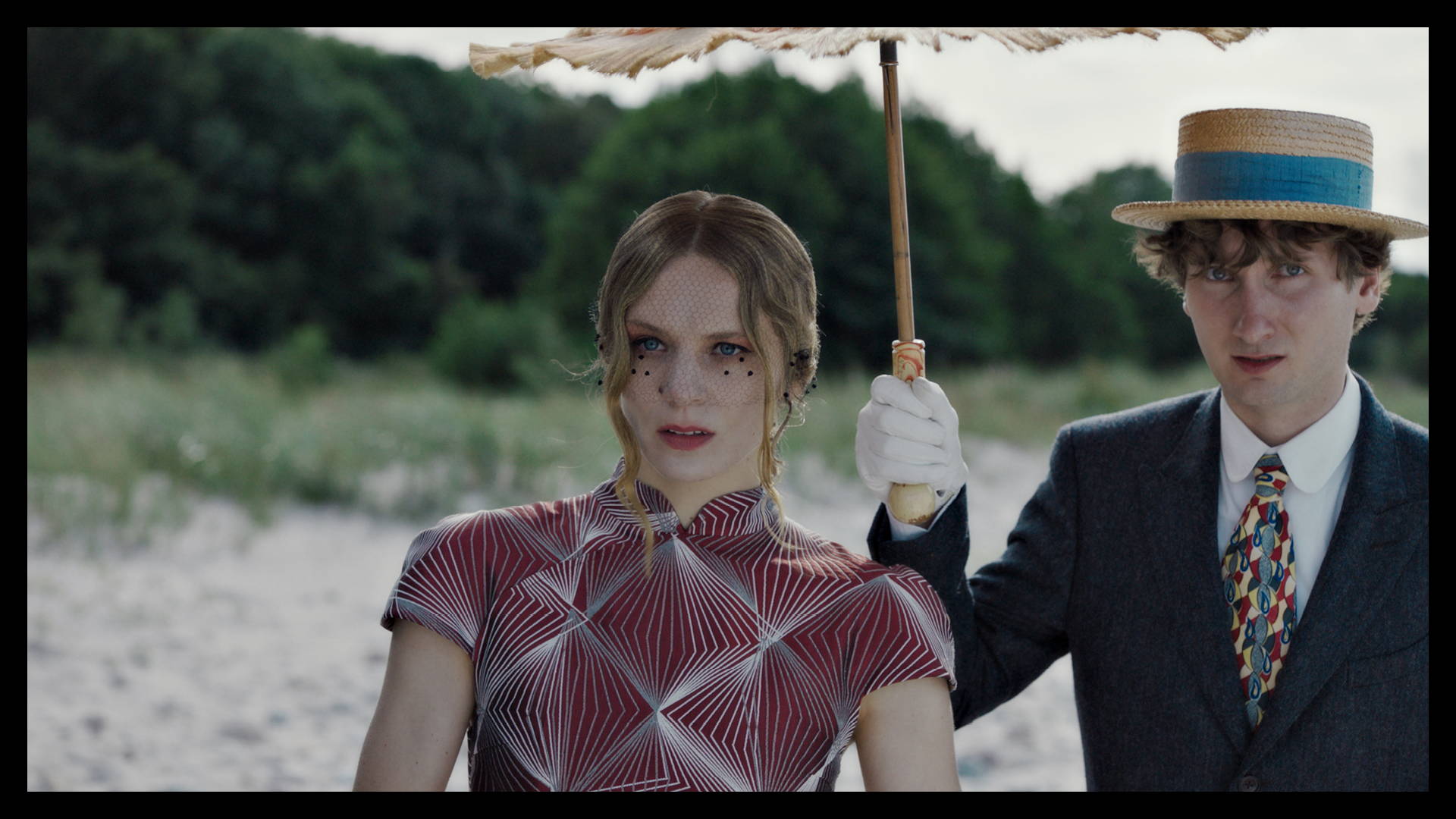 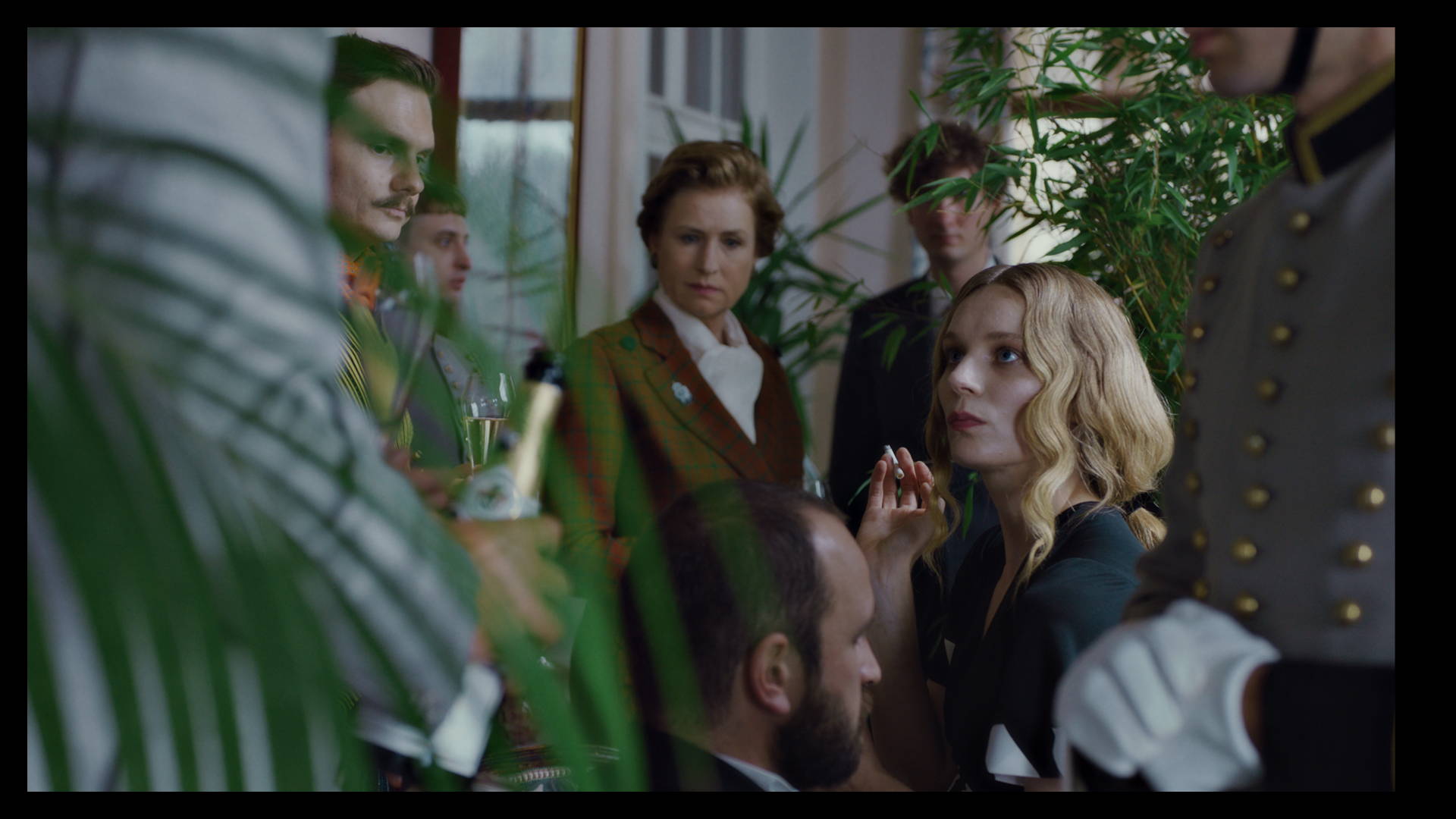 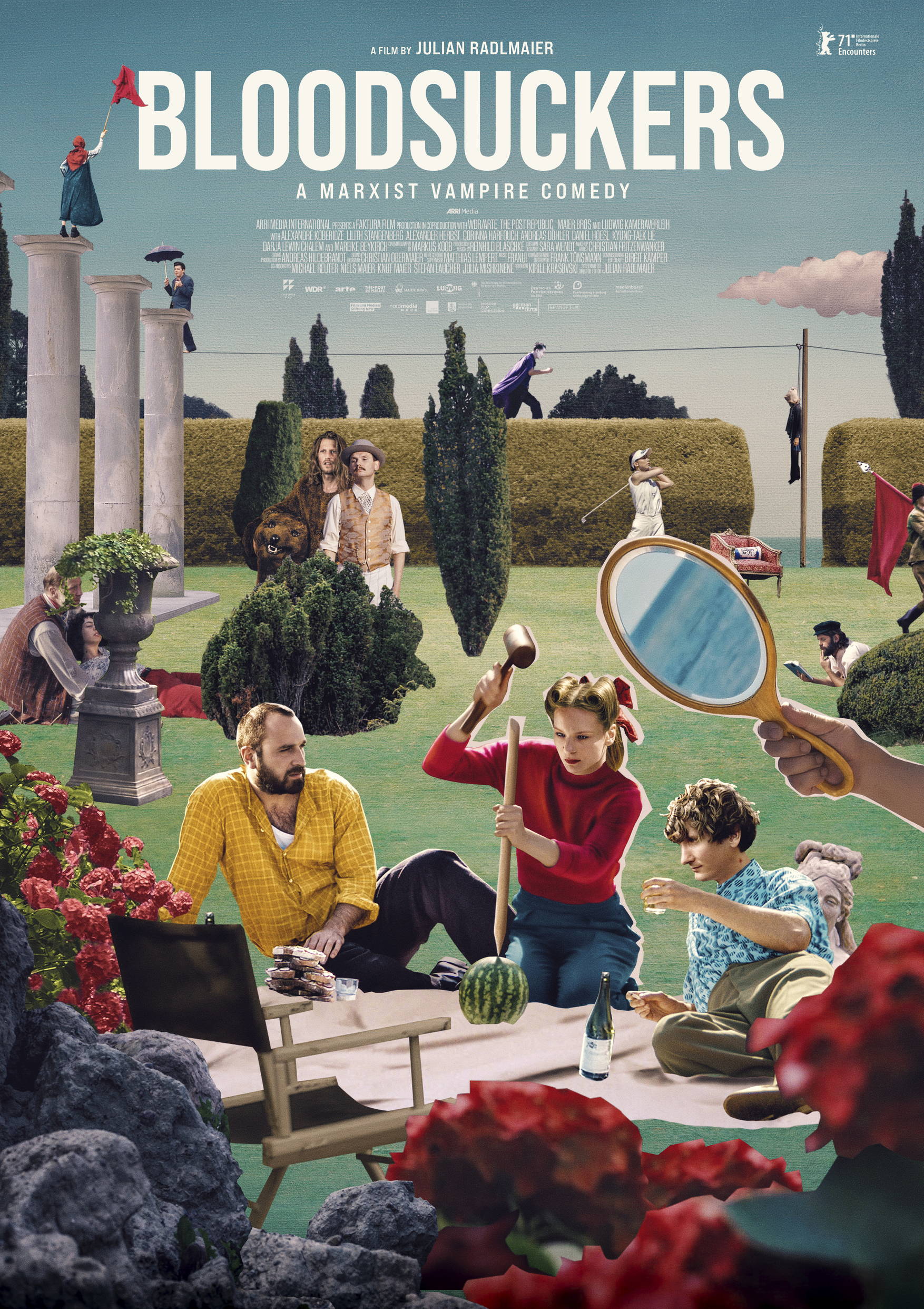 A Marxist vampire comedy about longing and Das Kapital

August 1928: A local Marxist book club attempts to rally the paranoid townspeople against a ruling class of allegedly vampiric aristocrats...

As the glamorous German seaside resort they call home is turned into an ideological battleground, newcomer Lyuvoschka is quickly caught in the center of the conflict. Recently exiled from his motherland after trading in his worker's garb to debut as Trotsky in Eisenstein's October and brimming with hopes and dreams of making it in the biz, he poses as a wealthy baron and quickly catches the eye of eccentric heiress Octavia Flambow-Jansen.

Will their summer romance amidst the fires of revolution make up for his recent bad luck and land him that precious spot on the barge that will cary him to Hollywood - or is his misfortune only just beginning?

Filmmaker Julian Radlmaier's literal take on Marx's famous vampire allusions is a unique vision and a rare and open-ended dialectic in a contemporary filmmaking landscape obsessed with one-sided debate. It is a rejuvenating satire that retains a myriad of thought-provoking points, and counterpoints, without sacrificing its accessibility or sense of humor.

"Julian Radlmaier's screwball 'Marxist Vampire Comedy' takes a line from 'Das Kapital' and turns it into a period romp about, among other things, class struggle and the rise of fascism..."

"Bloodsuckers‘ strength derives from its simplicity and whimsy like a Straub-Huillet-shot, Wes-Anderson-penned version of Brian Yuzna’s Society... this is a great genre film masquerading as arthouse treatise work, a tincture of Polidori’s laudanum whiffed by those who, like Marx, know that imagination is required of critique."

"In his endeavour to make sense of important issues through the perspective of carefully constructed absurdity, Radlmaier shows himself to be a major talent in the realm of alternative cinema, a world that openly embraces wildly disparate stories that do not fit in anywhere else... perhaps it suffices to say that it is unlike anything one is likely to have seen before, or ever again..."

"...certainly one of the coolest movies in recent memory in that it is unapologetically itself... a unique blend of art house cinema and cult-classic-to-be that fills a void that we didn’t know existed."

"... From whichever side you look at it: this is a touching and sympathetic film."